As we observe Black History Month, it is important to acknowledge the current lack of diversity within the education IT sector – and find ways of addressing this. Improving the representation of marginalised groups in tech is not only a moral imperative; there are well documented benefits to workplace happiness and productivity in diverse environments, in which colleagues feel more comfortable and are less likely to conform to groupthink.

Featuring guest speaker the Rt Hon. Stuart Lawrence – motivational speaker and author of Find Your Voice and Silence Is Not An Option – and Samuel Massiah, CIO at the University of Northampton, join us for this webinar exploring the challenges to under-represented groups in our sector, and the role we can all play in removing those barriers and ensuring our community reflects our wider society. 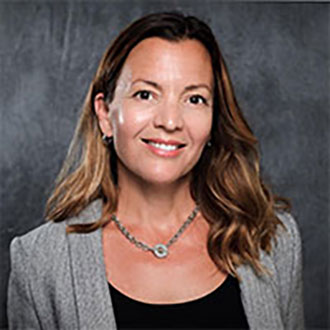 Director of IT, Delivery Capability 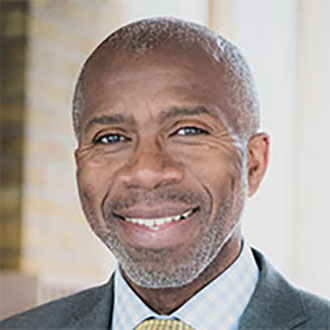 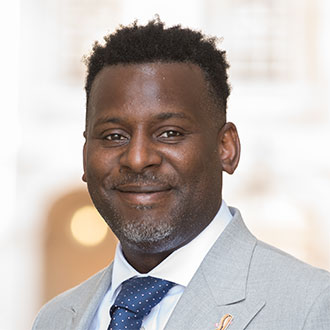 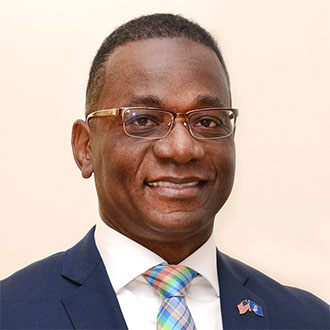 How did I end up a Technology Leader?

Karen joined London Business School as Director of IT, Delivery Capability in Autumn 2021 to ensure successful delivery of their Digital Transformation. Prior to that Karen spent 7 years with the University of Portsmouth leading their technology portfolio. The first 20 Years of my career was across Local Government, latterly leading Business and Digital Transformation.

Sammy Massiah is strategic technology leader with over 25 years IT experience in HE. He works across traditional boundaries to deliver pan-organisational, transformational solutions that benefit staff and students. He is currently CIO at University of Northampton, leading the IT and Business Intelligence and Records Management departments. He sits on the University Management Team.

Stuart Lawrence, Younger brother of Stephen Lawrence, is an author,  motivational and public speaker with over 20 years’ experience as a youth engagement specialist.

Stephen Lawrence (13 September 1974 – 22 April 1993) was a young black man from Woolwich, South-East London, who was murdered in a racially motivated attack whilst waiting for a bus in Well Hall, Eltham on the evening of 22nd April 1993.  His family’s tireless campaign for justice led to cultural shifts and changes in attitudes towards racism within British society, the law and the Metropolitan Police. This fight and their story are still as impactful and important today as it was in the 90’s, whilst the fight for justice and change continues.

"We as a family now are looking forward to the future and how the legacy of Stephen can be a driving force to help young people."

Stuart has worked with the Stephen Lawrence Charitable Trust to help promote Stephen Lawrence Day (22nd April) and currently works as a consultant. His Mother, Doreen Lawrence was elevated to the peerage as Baroness on 6th September 2013 and is formally known as Baroness Lawrence of Clarendon, in the Commonwealth Realm of Jamaica. The honour is rare for being designated after a location in a Commonwealth realm outside the United Kingdom, and due to her not being married the rights that would be bestowed on her husband pass on to her son, Stuart, thus making his full title ‘ The Honourable Stuart Andrew Lawrence’. Alongside and in honour of this he has now decided to dedicate himself full time to fighting the cause, named ‘ This is not My Son’s Fight’  to  ensure that the young people of today have an idea about the consequences of their actions against others and importance of inclusion through preaching tolerance and celebrating difference.  Most recently Stuart was awarded the title of Honorary Doctor of the University for his outstanding contribution as a tireless campaigner for a fair, equal and tolerant society, and a role model and inspiration to young people that we honour him today.

Since Stuart left the teaching profession full time, he has spent his time working with schools, presenting assemblies, working with youth groups/youth centres and sharing his story, experiences and presenting messages of hope & tolerance. His main goal is to equip young people with the mindset to believe and achieve what they want in life no matter the challenges many of them will unfortunately face due to social and economic disadvantages, ethnicity, religion, childhood trauma and so on. Through knowledge, self-worth, determination and unity Stuart believes our young people of today have the power to push for change within our society and make change.

"We want them to understand that it's all down to them - what they do with their lives, how hard they work, what they achieve - and we hope that because of Stephen they can achieve all their hopes and goals."

Whilst Stuart’s most recent experience has been in youth work, he is now focusing on writing a number of books the first was published in April 2021, ‘Silence Is Not An Option’, and working with organizations/broadcasters to help them focus on areas of racism, internally and externally within our society.  He has been a part of various panels, podcasts, 1 to 1 interview’s across ITV, The Sun, BBC London and Good Morning Britain to name a few.

Devon Bryan is an award-winning Global Chief Information Security Officer (CISO) and technology risk management executive with almost 30 years of experience supporting senior management, boards of directors and external stakeholders in various industries to mitigate cyber and technology risks while enabling top line business revenue growth. A former US Air Force Officer, Devon’s career reflects a demonstrated track record of successfully delivering large-scale risk management programs that balance cost-effective pragmatic risk-based strategies with complex global businesses priorities. Devon is well practiced in supporting mergers and acquisition transactions across the deal lifecycle in domestic and global markets, and skilled in dealing with internal and external auditors as well as regulators at the state, national and international levels. He brings broad corporate governance experience from his decades of board reporting as well his experience on non-profit boards and advisory boards.